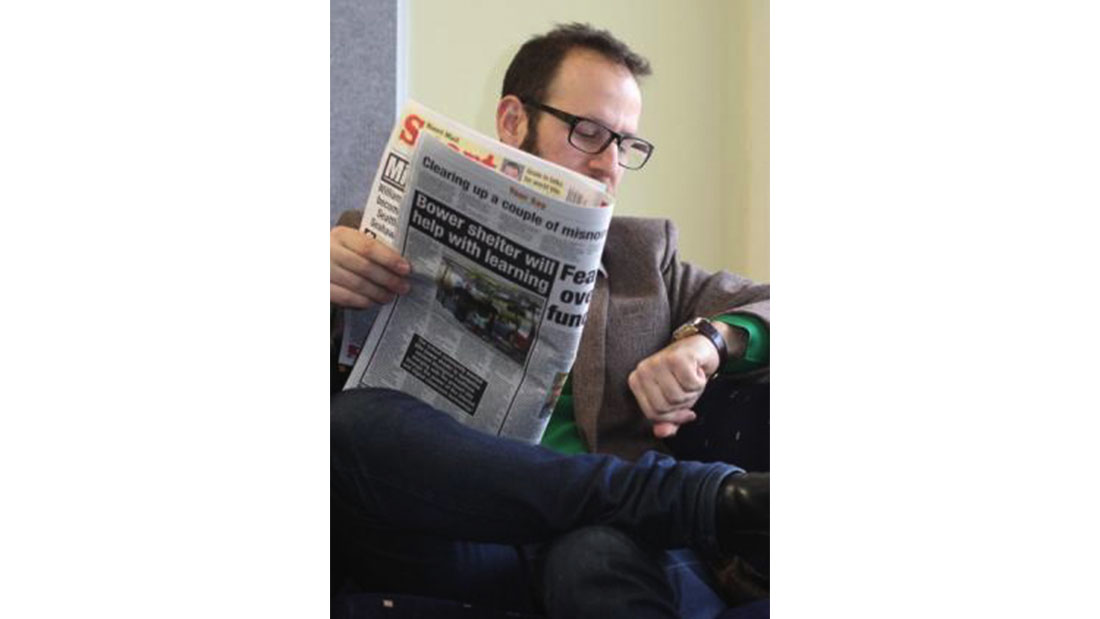 The conversation took place in a training program to develop manager’s coaching skills.  The goal of the program is to enhance employee and organisational performance. It all began when my co-facilitator Stuart noticed a broken chair with a note taped to it, saying ‘Broken’.

Our program was run on-site over several months. The chair remained undisturbed over those months with the sign still attached.   There was no indication of who the note was for or when the chair might be repaired.  No one sat on the chair – and that was that.

In the midst of a discussion with participants about the pros and cons of coaching staff whose performance fails to meet expectations, Stuart remembered the chair.   ‘Who takes responsibility for the problem?’ he asked.  Clearly not the staff member, who may or may not be aware there is a problem; and not the manager either.

So where does the window sitter come in?  Bear with me while I explain. There is a practice in Japanese business of rewarding the loyalty of company men, even when they are no longer of productive value for the company.  Allocated the role of a window sitter, they receive full pay while being allocated no duties.  Employees as young as 40, may be given an empty desk with no telephone in the furthest corner of the office.  Everyone understands the implications.

I imagine that the shame is excruciating.  Many address their shame by finding ways to be useful.  Some create roles for themselves which are unlikely to prove effective, as they are unauthorised and unsanctioned.  Yet they are an attempt to stave off boredom.  Yumiko Ono tells of employees who visit public libraries in order to analyse ‘public information’ that may prove useful to the company and of others who pull weeds and when they have exhausted all weeds, pretend to pull weeds, in an effort to demonstrate their worth. Others, unable to stand it anymore leave the company, despite the absence of social security and the traditional significance of being a company man for life.

In Western cultures, such treatment often takes the form of special projects with no hope of individuals assigned to them achieving their goals due to lack of political support or resources.  Alternatively it looks like a slide into progressive underperformance and neglect.  Or is it neglect and underperformance?   Sometimes it’s hard to tell, as a vicious cycle develops.

One of the factors contributing to the number of Window Sitters in Japan is the difficulty of terminating employees.  Many public sector organisations, in Australia and elsewhere share similar but not insurmountable challenges.

Groups bond through their stories about the challenges of the culture they operate in.   It’s usually easier to point to a source of irritation and complain about it, than to recognise we can do anything about it.

Many managers think that making do with underperforming staff is low-cost – that they can put up with it.  However they don’t realise what it costs – both emotionally and financially.

Organisational cultures develop as a result of the collective behaviours of individuals.

One manager recently spoke about one of her employees as being a pain in her side. She slumped to the side as she spoke about the experience.  When she slowed down to explore her movement further she realised that every time she walked past her employee she felt irritated, it was a drain on her energy, yet she did nothing about it.

Most of us protest then resign ourselves to the things that frustrate us.  We think we can serve out our time.  One of the strengths of coaching is that it allows managers to step outside their assumptions and view the causes and consequences of not addressing problems from a different perspective.

When asked why, she hadn’t addressed the issue, the manager responded that she didn’t have the strength.  As she reflected on this statement further she realised that every time she didn’t deal with the situation she lost strength.  She needed to reclaim her strength by initiating conversations with her employee and finding meaningful ways to use and develop her employee’s skillset.

What problems do you bypass?

What conversations do you avoid?

What performance concerns do you minimise or rationalise?

What are the costs for other people and yourself?

What would it take for you to tackle these issues?

I look forward to hearing your thoughts on this topic…..